Emotions can be challenging. Learn how to embrace yours. Pick up a copy of my book Emotional Advantage today! 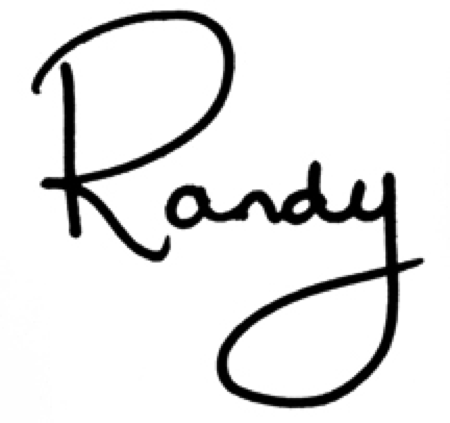 About Blog Get Started Shop Login

Money got you stressed? Read This! ❤️

If you are worried about losing your job, your hours or life as you know it this next year, you are not alone. In a world wracked by change, it’s hard to feel certain about anything, including your financial future. What if you knew there was a way to not only express your dreams but to build a steady financial stream doing it?

Chris Guillebeau, New York Times bestselling author of the $100 Startup, Side Hustle, and The Art of Non-Conformity, is also the founder of the World Domination Summit. He also created the popular Side Hustle School Podcast giving voices to everyday people who are creating financial freedom outside their daily jobs. So far he has featured 1200 stories of regular people who have found ways to express themselves, make money, and in many cases, make a difference in the world too.

In his newest book, “The Money Tree” we follow the journey of Jake who is in a great deal of student loan debt, he’s losing his apartment, and is on shaky footing at work and in his relationship. Good time for life to get better!! Through his engaging story, we are introduced to another way of finding success, greater confidence, and self-reliance, even in trying times.

I had the chance to sit down with Chris ( see video above) and talk about his book, his work, and why he harbors hope for people everywhere to emerge from self-doubt to discover, “You can do more than you think can.”

Chris shares many gems in the conversation. “If one door is closing, what does that present to us in terms of the possibility for change? Coming out of this time, a lot of people are going to make some pretty big transformative shifts for themselves.”

He questions how we can use these challenges to make us reflect on new ways of thinking and being in the world.

“With disruption, when something big happens, that’s on the surface is quite negative, there are also consequences the other way around, and for me, I’m kinda interested in exploring this question… What are the industries, careers, jobs, opportunities that might be worth pursuing at this time?”

You Can Do More Than You Think

One of the greatest inspirations from “The Money Tree” was the mantra “You can do more than you think.” We all have ideas; we all have life experiences. In his book, Chris leads the reader on a journey to hone in on their best ideas, and not to stop there. So many people get stuck in their heads and are reluctant to take the first step. I myself have often felt, “I have to do more research.” I had to smile when I saw the words, “Research is just a code word for procrastination.” Busted!! Another message of the interview and in the book is “The best way to learn is to START.”

But how do you decide on your idea, your passion project, your side hustle? According to Chris, it has to pass the Grandparent’s Test. It has to be something that can be explained in such a way that everyone would get it. Unless you can explain it in a simple sentence, and people get it, then it needs some work. Another aspect of the Grandparent’s Test is that ideally, it should be something you are proud to talk about with anyone. It solves a problem and maybe even does some good in the world.

The idea here is to use your passions and creativity to develop real assets. It’s not like driving for Uber or Lyft; it can actually bring you money over time. This way of thinking can transform a person’s life. One minister had to get handyman jobs on the side, as his vocation did not pay that much... but he was spending so much time on odd jobs, that he had less time for his parishioners. He had a hobby of tabletop roleplaying games with dice, and he learned how to make custom dice and import them at a good price. He ended up building a whole brand. Now he’s earning about $3000 dollars a month on the side from this project and was able to pay for his wedding and finally give up the handyman job. Today, he’s able to have a lot more freedom in his life.

Chris adds, “ This is what it’s all about. It’s not about money so much. That is the tool, the resource. Money is the gateway to freedom.”

There is a better way to foster self-reliance and all the confidence that brings.

In the Money Tree, he calls it “The Third Way.” Here’s what it means:

If you’ve had an idea for a while, and you were waiting for the conditions to be perfect, this is a call to realize that a) they never are, and b) you are the ONLY one to give yourself permission.

According to Chris, “Now is the time to do something. Write your own permission slip and move forward.”

Some people spend years on the fence; some people find a way to step into something better than they could have imagined. Let your inspiration guide you. You will be surprised at what is possible when you take the first step.

Stay connected with news and updates!

Get ready to reactivate your inner compass and your confidence, to design your aligned and joyful life!

You deserve to live your best life!

Enjoy this free video series to get you going with greater clarity and confidence.

*You'll also be the first to get the latest strategies to inspire your most fulfilling life.